Welcome to the Gordy Bubolz Wakeboard and Wakesurf School in Fremont WI. Please read over the following information to familiarize yourself with our day to day operations. We hope to exceed all of your expectations of what a wakeboard and wakesurfing school should be. If you have any other questions please give us a call or email. Thank You!

Our local marina hosts 3 grassroots tournaments each summer. The tournament dates always fall on a Wednesday and are June 17, July 15, and August 5. The tournaments are divided by skill level, and accommodate wakeboarders at any level. They are a lot of fun, laid back, and a great way to get started in competition. For more info please see: www.fortfremontmarine.com.

What to Bring to your wakeboard lesson

Any items left behind will be held in our lost and found collection. Please call or email camp with your lost item description and we will mail it back to you. Our busy camp environment is an ideal place to misplace or loose track of items, so we strongly recommend that valuables not be taken to camp.

Thank you for reading over the Gordy Bubolz Wakeboard Camp’s operations, we can’t wait to wakeboard with you this summer!

Built in 2005, the Log cabin houses most of the campers at GBWC. This deluxe rustic style home sleeps up to 10 campers and 2 of the coaches. It has all of the amenities that you would expect to find in a fancy hotel.

When not used for camp, the log cabin is available for rent. 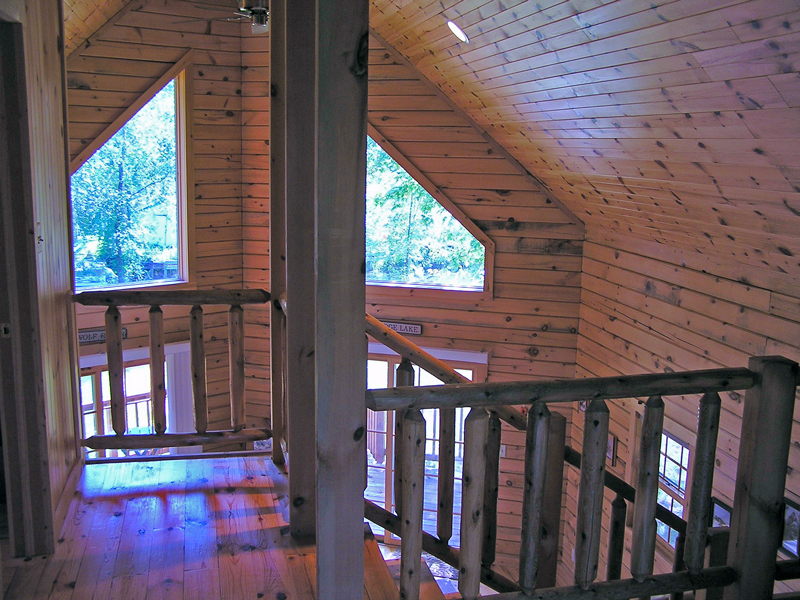 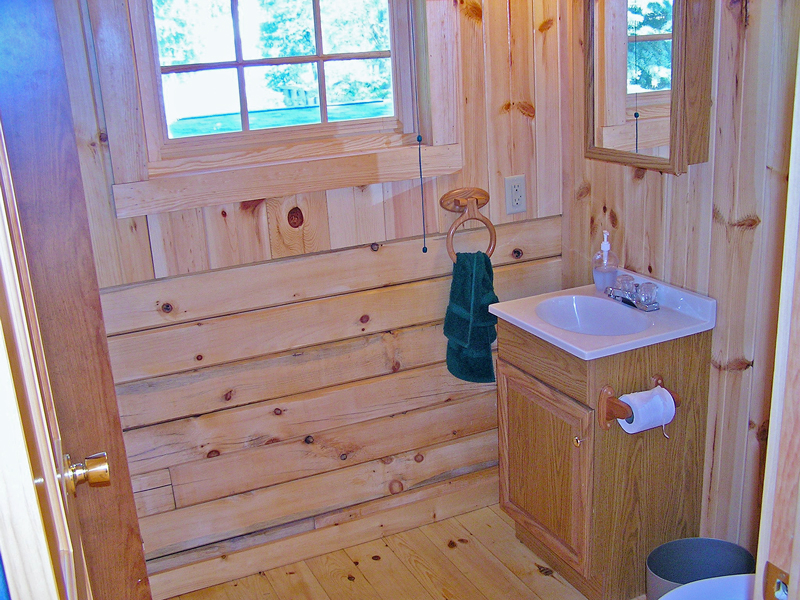 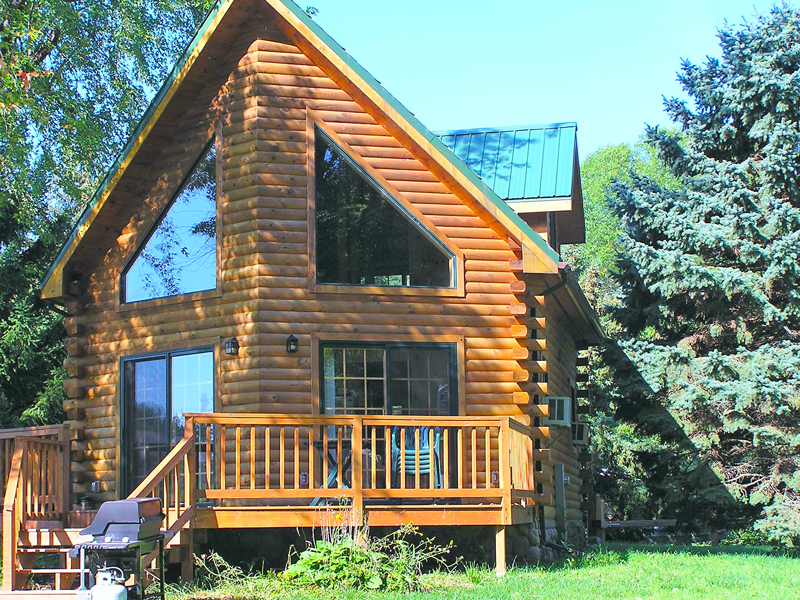 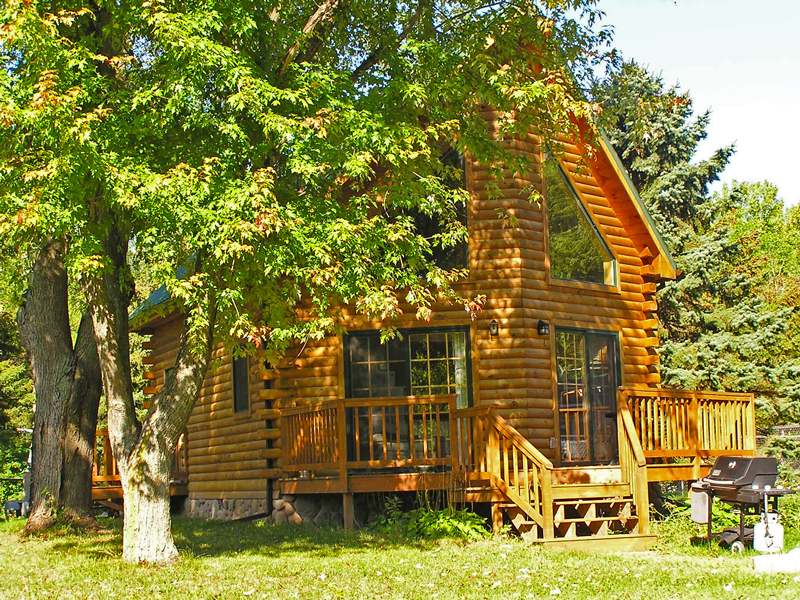 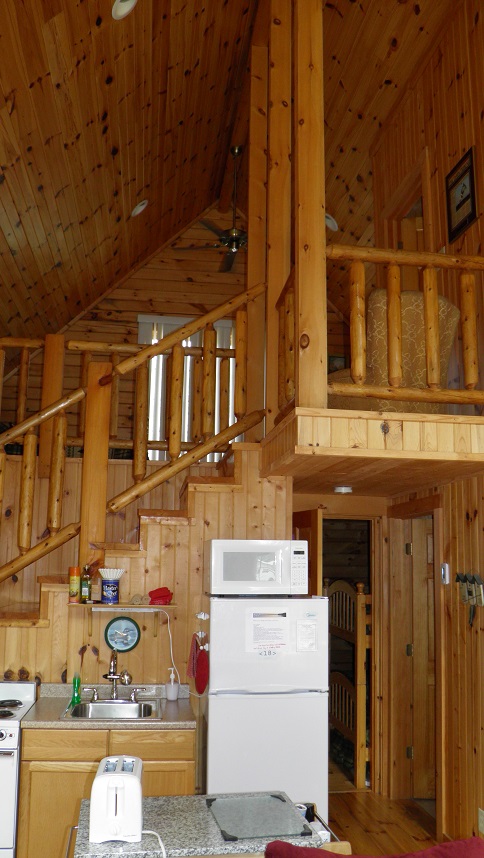 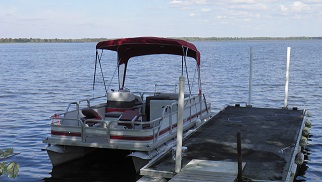 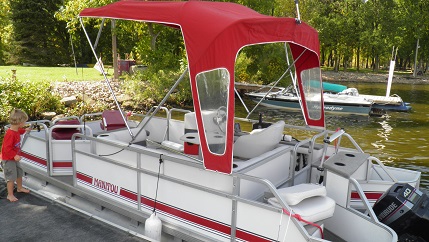 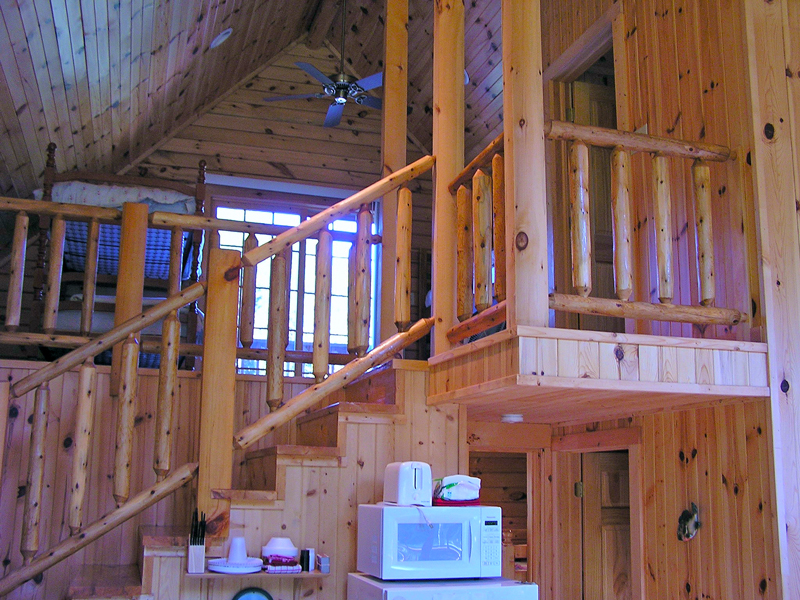 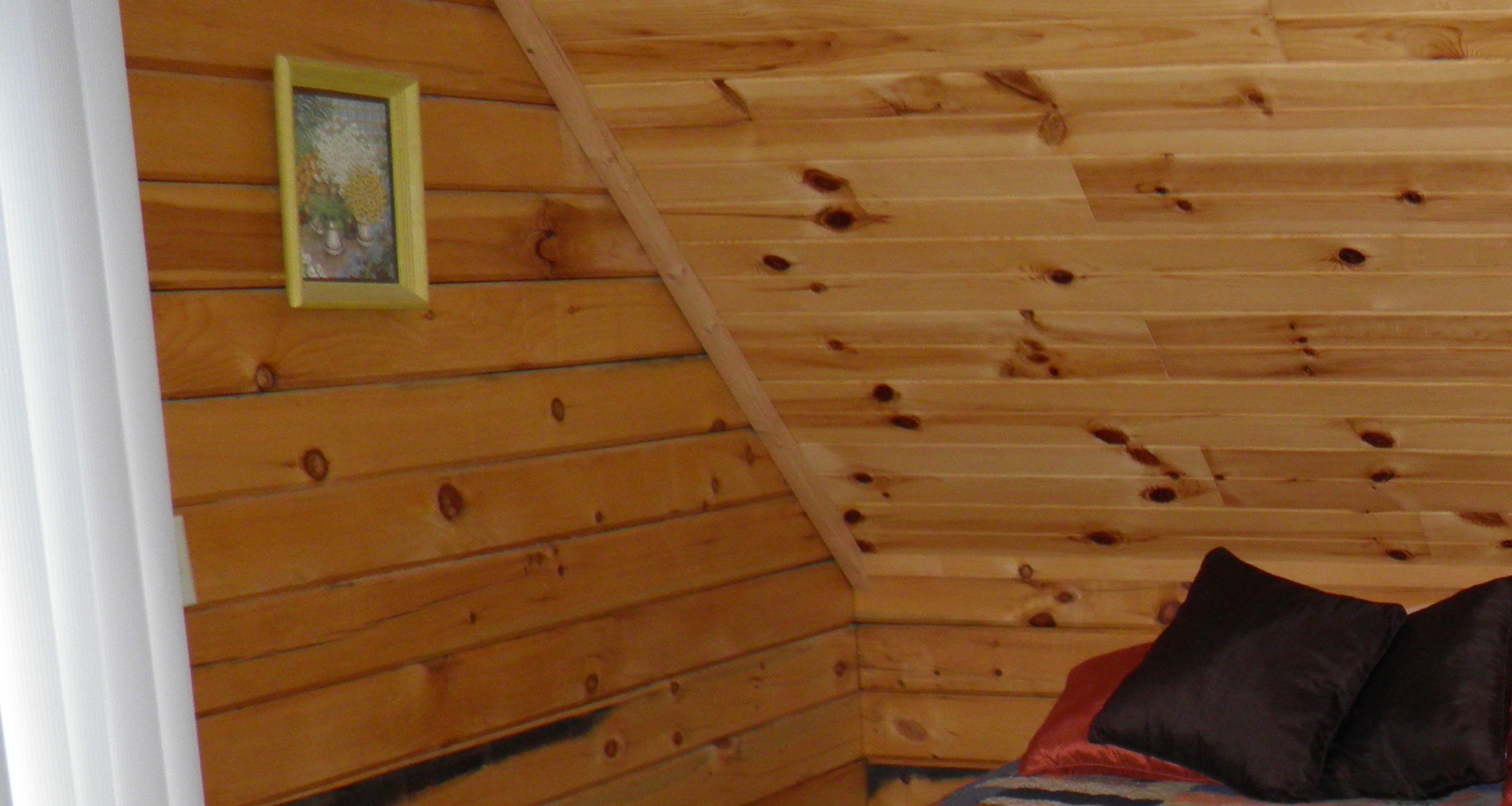 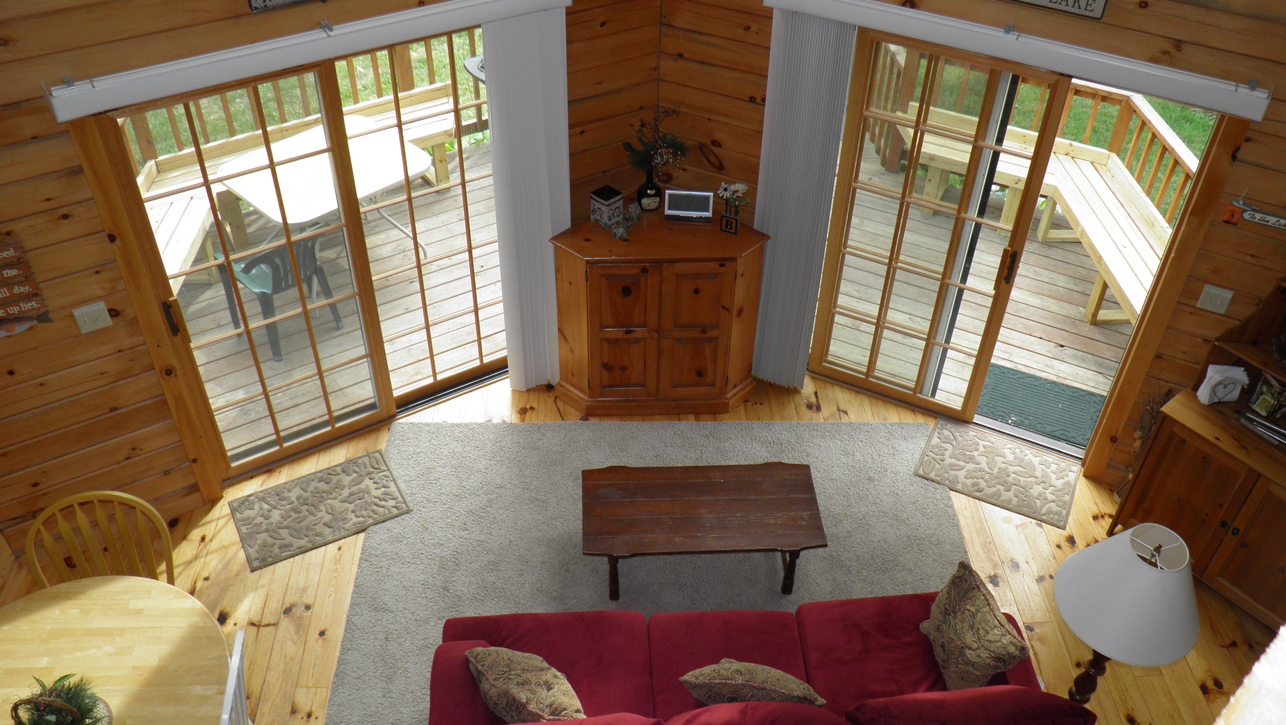 The main cabin is the center of camp life. This is where we meet to ride, have all our meals, and houses a couple of the coaches as well.

For Parents who would like to accompany their children for a family vacation, right next door to us is the award winning Yogi Bear Jellystone Camp Resort. They have private log cabins and beautiful camping sites for couples and families. For more information on Jellystone Park, please visit their website by clicking here.

Our coaches are not only accomplished tournament wakeboarders, but also have collectively over 25 years professional coaching experience. Gordy stresses teaching the fundamental concepts of wakeboarding so that you will be able to progress faster, easier, and with less falls.

I can’t believe I’ve been riding for 25 years now. During that time I’ve made so many lifelong friends, and shared in experiences that will always be with me. Some Competitive wakeboarding highlights include:

Many thanks to my sponsors, Correct Craft, Fort Fremont Marine, Hyperlite, Fly High/Fat Sac, Ten- 80, Smith Optics, and Bern Helmets.
Riding in tournaments has given me a lot of great memories, but I think it is so much more rewarding to teach someone a new trick or skill, and share in their enthusiasm and love for the sport. I make it a point to teach the building blocks of the sport, so that you can excel much faster. 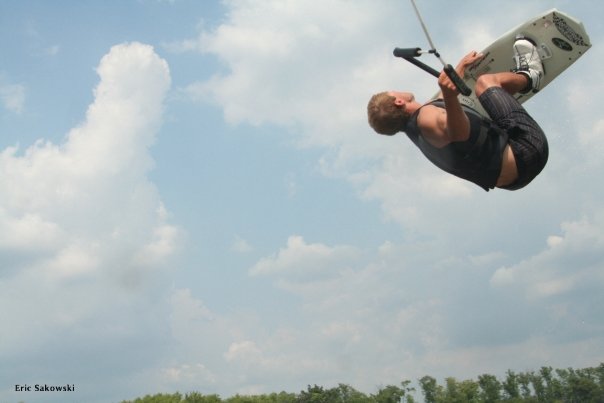 Joe is an up and coming Tournament Rider from Northern Wisconsin, and a full time coach at camp. Joe spent many summers as a student at camp and now is an accomplished rider and coach. Also Joe took the Overall 3rd place in the highly competitive Outlaw division for the Fort Fremont Wakeboard Tourneys. During the rest of the year, Joe attends the University of Wisconsin, La Crosse. Joe thanks his sponsors Fort Fremont Marine, and Ronix Wakeboards.

Ed has been a student at camp every summer since he was 12 years old. He is an awesome rider and coach now competing around the state in the Outlaw division. Ed attends the University of Wisconsin, Madison where he studies Mechanical Engineering. It is always a blast to have Ed coaching in the boat, he is a lot of fun and loves helping people break through platues to learn new tricks. 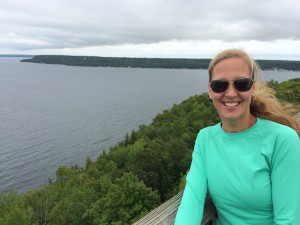 Rhonda is the one you will talk to when making your reservation and who you will see when registering Sunday for camp. Rhonda has a big part of the camp experience. She strives at making the main cabin inviting when the hungry students come in for breakfast, lunch and dinner. Rhonda not only juggles the reservations, and helps with cooking. She is also the mother of our four beautiful children, Anna 13, Kaitlyn 12,Gordon 7 and Kirra 5. Rhonda has a gift of serving and loves being around the students, and hearing about the progress they are making while attending GBWC. 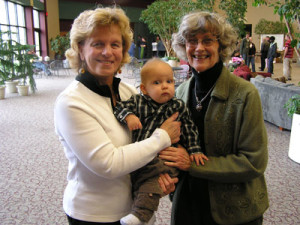 Our mother’s are amazing. They make running camp during the busy times a little less stressful and easy. They graciously help by watching our beautiful children, so Rhonda and I can care for the students attending camp. Our kids love coming down to the main cabin for lunch and dinner time as a family. We are truly blessed to have two wonderful mothers in our lives. 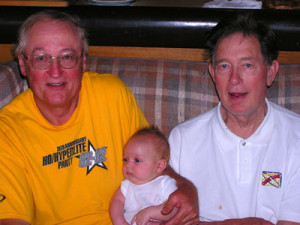 Both Allen and Roy tag team at fixing whatever needs taking care of. I don’t know what we would do without them!

Do we pay your instructors?

This may sound like a weird question, but many wakeboard camps don’t pay their instructors in exchange for giving them riding time.

Besides being stingy, there are lots of problems with this:
– High instructor turnover.
– Instructors are never taught properly how to coach.
– They only care about there riding, not yours.

I have been coaching wakeboarders for 22 years and personally train each of our instructors to be an effective coach. It may cost a little more, but it’s worth it.

If you have an emergency or need to contact us, please use the main camp number: 920 205 2753. This is also Rhonda’s cell phone that she has on her at all times. If you are not able to get through right away, please leave a message and Rhonda will get back to you ASAP.

We are located on Anna Avenue, which is 1 mile west of downtown Fremont off Highway 110. Anna Avenue is a private road that doesn’t show up on Mapquest or GPS navigation, but for in car